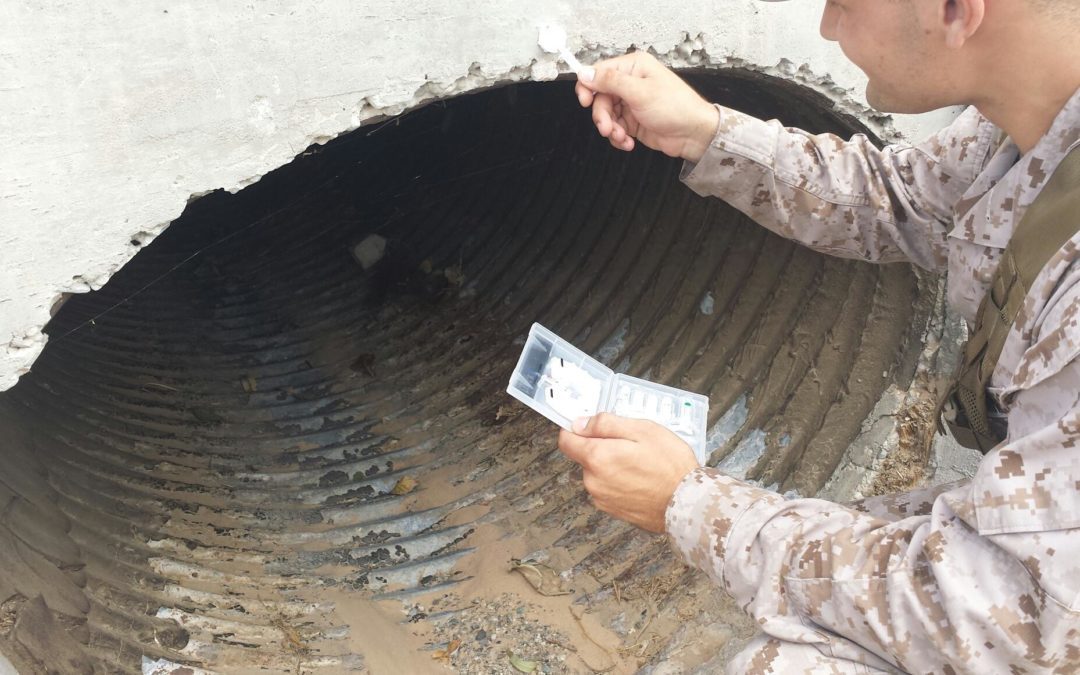 “If it ain’t broke, don’t fix it”.   Absolutely, we all want the newest and greatest widget but sometimes those tried and true methods are still best.  Colorimetric explosive detection is a great example.  Many of the colorimetric explosive detection kits in use today employ colorimetric chemistries that have been known for over a hundred years.  The opportunity for improvement has occurred in designing a better form fact, but keeping what works.

Modern colorimetric detection technology dates back to ancient times as early as the 1st century.  The earliest record of a colorimetric reaction was given by Plinius Secundus, a philosopher and Roman Empire Commander, who used gallnut extract to detect the presence of iron in hydrated copper acetate.  The growing dye and pigment industry in the late 19th century spurred the development of modern colorimetric detection technologies, many of which serve critical roles in analytical laboratories today.

So, how do colorimetric detection chemistries work?  Color originates from the complex and fascinating interaction of visible light with chromophores (color changing material), or groups of atoms in molecules which are capable of absorbing certain wavelengths of visible light.  Due to this absorption phenomenon, these substances are perceived as having color.  The hue and depth of the perceived color are related to the specific wavelengths absorbed and the absorption efficiency of the molecule, respectively.   The alteration of electron density distribution in a molecule through reaction with another chemical forms the basis for colorimetric chemical detection.

In order to be effective, field based colorimetric chemistry detection technologies must react with the chemical of interest resulting in a change in the absorption characteristics, but that’s only one part of the equation.  Several other factors, as described below, are involved in the development of colorimetric chemistries suitable for real-world field applications.

Long shelf life and service life under harsh environmental conditions is critical for a product designed for use in the field.  Major environmental parameters which affect the life and performance of colorimetric detection sensors include temperature, humidity, and light (indoor and outdoor).  Formulation efforts need to be optimized to “build out” the effects of these real environmental stresses.

Explosive Detection, in general, was not a priority until the rise of terrorist activity with the events in the United Kingdom by the Irish Republican Army, the Palestinian attacks in Israel, the attacks in Russia by the Chechen terrorists and more recently the attacks in the US, or directed toward the US, as in the case of the US Marine Barrack attack in Lebanon.   In 1983, after a terrorist attack brought down the Pan Am flight over Lockerbie UK, Congress passed the Aviation Security Improvement Act which specifically states, “an evaluation of deployment of explosive detection devices” to be performed annually and provided in the Annual Aviation Security Report.

Explosives remain the weapon of choice for terrorists around the world.  Improvised Explosive Devices (IEDs) are a threat from international terrorist organizations, as mentioned above, and local, home grown terrorists as well.  Sadly, Home Made Explosives (HMEs) and IEDs have become a fact of modern life.  Military, law enforcement and intelligence personnel have a dual role; uncovering the bomb networks and systems before the bombers do harm, and investigating an incident after it occurs. 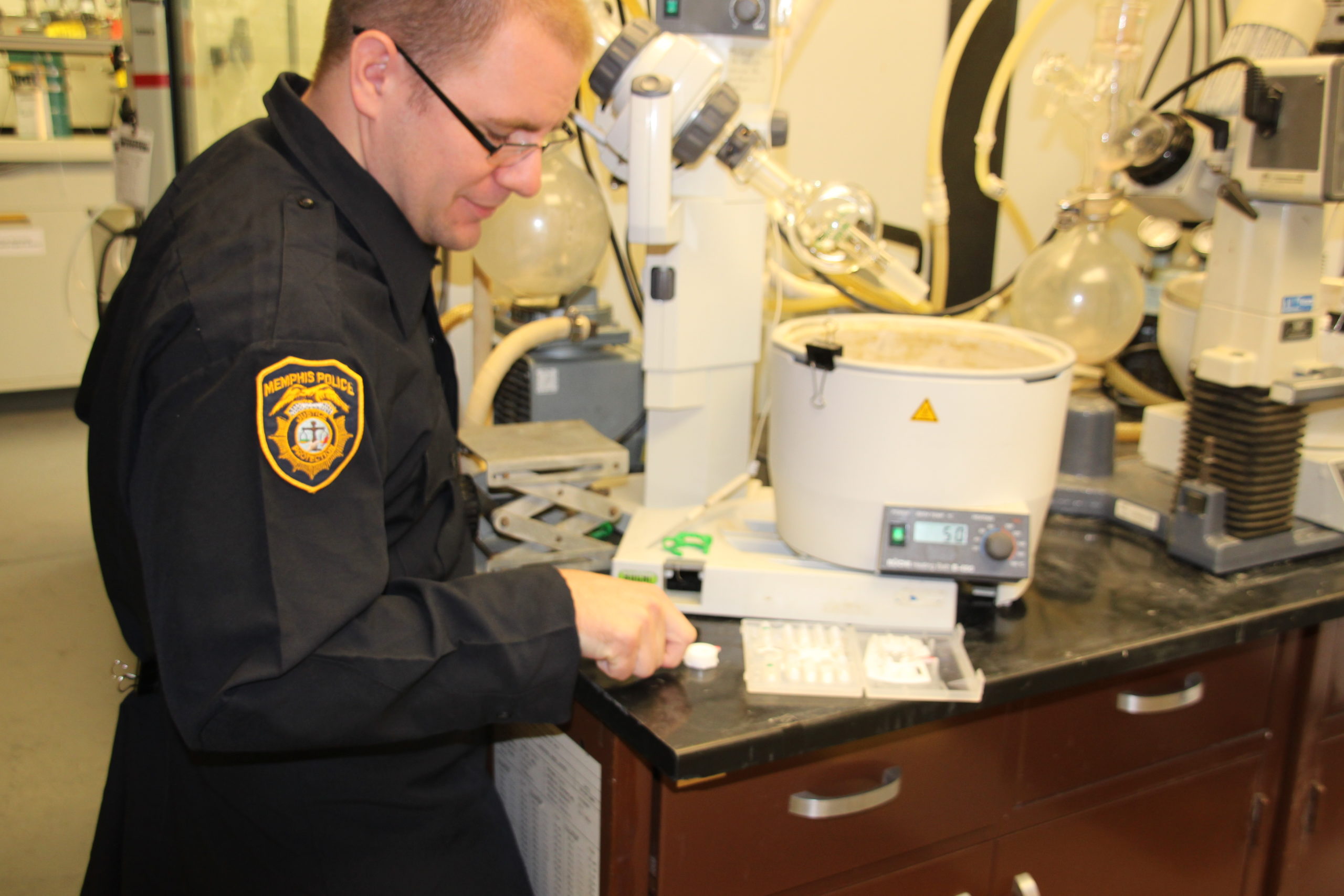 The one common variable among the real world applications listed above is the ability of the test to be performed outside of a laboratory.  Colorimetric explosive detection kits are utilized when a rapid on-site diagnostic detection of explosive materials is needed.  With that said, these kits are often used to test a suspect’s hands and equipment, in post blast sites, or in border stations, sea ports and airports.  Typically these tests are performed by non-technical individuals, therefore, the explosive detection kits must be easy to use, rugged for use under extreme environmental conditions and easy to interpret.

Under contract with the Department of Defense (DoD), Morphix Technologies developed the TraceX Explosive Detection kit.  In early product development discussions with the DoD, the primary focus of the development effort was designed toward a concept that would allow the end user to take a single sample of the material and determine if it contained explosive materials or precursors.  The end user wanted a device that was simple to use, required very little training, allowed quick analysis of the sample and provided clear non-ambiguous results.

The TraceX explosives detection kit is simple to use and low cost.  It is an explosive detector that can be used by military personnel, law enforcement and intelligence officials.  With a single swab, the TraceX explosive detection kit detects all the major families of explosive materials and their precursors.  The TraceX’s simple color change alert system provides a single color indication of the presence of a particular family of explosive material.  No serial testing is required and there is no interpretation of the results.

As the burden of greater threats and reduced resources falls on our military, law enforcement and intelligence communities, it becomes even more essential that they have tools that allow them to achieve their missions quickly and effectively.  The use of colorimetric chemistry is an ideal solution.